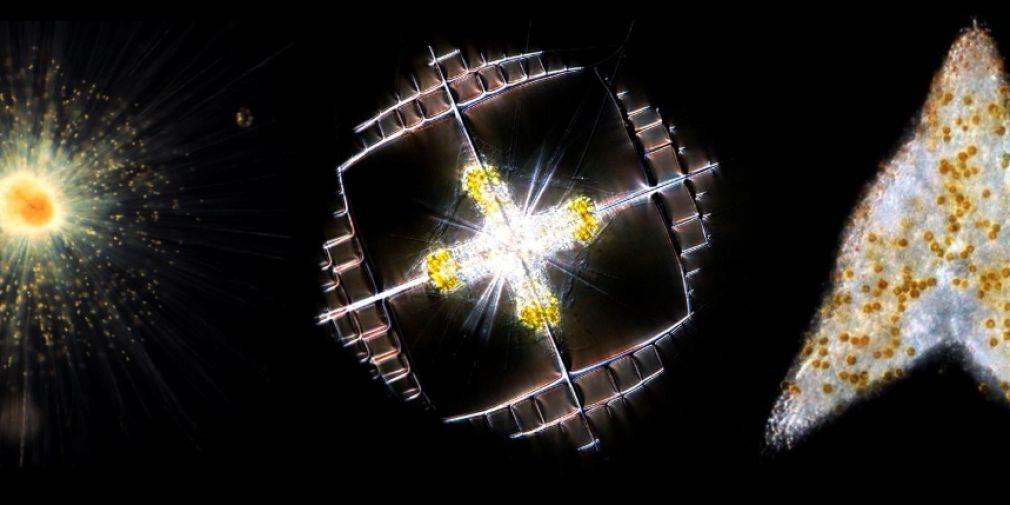 We are glad to announce you in the context of the EMBRC-Fr Open Call 2017 the seminar of Johan Decelle, post doc at Department of Isotope Biogeochemistry - ProVIS team - Helmholtz Centre for Environmental Research, Leipzig, Germany.

Abstract : Symbiosis between heterotrophic hosts and microalgae (photosymbiosis) is a widespread and ecologically important phenomenon in the oceanic plankton. The ecological success of photosymbiosis in nutrient-poor waters must rely on the capacity of the partners to intertwine their metabolic networks and on the efficiency with which they take up and recycle nutrients. However, contrary to terrestrial and reef symbioses, the functioning and metabolism of symbioses in plankton remain enigmatic. Here, we visualized the in-situ distribution of macronutrients (N, P, S) and trace metals (Fe, Mn, Cu) at subcellular level, using high-resolution chemical imaging techniques (NanoSIMS, ToF-SIMS and synchrotron X-ray fluorescence), in correlation with electron microscopy. Mapping of elemental composition and stoichiometric ratios of the host and symbionts provides information about their metabolic role and needs. Compared to the host, chloroplasts of symbionts are rich in nitrogen, reflecting a high concentration of proteins and pigments in photosystems to maximize primary production. By contrast, phosphorous (mainly RNA and phospholipids) is poorly present in symbiont chloroplasts, and tend to be lower in symbiosis vs free-living stage. For sulfur, subcellular distribution (e.g. high concentration in chloroplasts and vacuoles of symbionts) and expressed genes involved in the S pathway demonstrate the key role of symbiotic microalgae in sulfur metabolism, particularly for the production of antioxidants (e.g. DMSP). Concentration of trace metals (Fe, Mn, Cu) increases in symbiotic microalgae (vacuoles, DNA, chloroplasts), compared to the free-living phase, indicating a key functional role of metals in the partnership. Overall, this study demonstrates the high potential of correlated single-cell chemical imaging to better understand the metabolism and biogeochemical roles of uncultivable protists in the ocean.